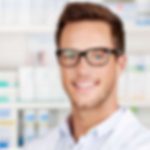 Jerry walked a long way from his home state of Alaska to becoming one of the country’s top surgeons! We’re glad he took that path with us, as well as thousands of people, whose lives he saved during that time…

Whether your case requires an intrusive surgery or a plastic surgery, be sure that he and his team will do their best to efficiently help you and get you back on your feet in no time!

Jerry McStanton grew up in the Rocky mountains state of Wyoming… A place, where there were fewer doctors per capita, than the national average. This ultimately led him to a life changing decision of enrolling to a medical school.

Initially a neurosurgeon, Dean practiced plastic surgery as well, which combined gave him a unique perspective and a great expertise. Ultimately it booked him a place as the head of our surgery department.

Jerry is the head of our Surgery department. He practices at our clinic since its initial founding days, 25 years ago.